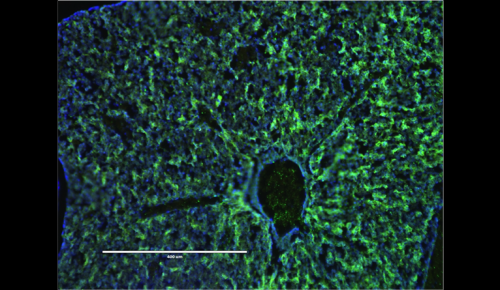 With the combined efforts of three Yale laboratories, researchers conducted the first demonstration of site-specific gene editing in a fetus, correcting a mutation that causes a severe form of anemia.

The technique, described in a paper published June 26 in Nature Communications, involves an intravenous injection of nanoparticles carrying a combination of donor DNA and synthetic molecules known as peptide nucleic acids (PNAs). The PNAs, which mimic DNA, bind to the target gene and form a triple helix — an aberration that triggers the cells’ repair mechanisms. As part of this process, the healthy donor DNA — paired with the PNA in a nanoparticle — is used to fix the mutation.

For the study, this gene-editing package was injected into the fetuses of mice. At four months after birth, the mice had been cured of thalassemia, an inherited defect in oxygen-carrying red blood cells.

“The treated mice had normal blood counts, their spleens returned to normal size, and they lived a normal life span — whereas, the untreated ones died much earlier,” said Peter M. Glazer, M.D., professor of therapeutic radiology and of genetics, who developed the technique of combining the PNA and DNA to repair gene mutations. “So we have a long-term survival benefit, which is pretty dramatic.”

Using nanoparticles for delivery is crucial, said the researchers. When injected intravenously without nanoparticles, PNAs are cleared from circulation within about 30 minutes. When delivered by a nanoparticle and taken up by a cell, though, they remain much longer. Mark Saltzman, Yale’s Goizueta Foundation Professor of Biomedical Engineering, Chemical and Environmental Engineering, and professor of physiology, made the nanoparticles with a degradable polymer and designed them small enough — 200 to 300 nanometers — to readily accumulate in the liver of the fetus, where the stem cells are located before migrating to the bone marrow.

In a previous study, the researchers yielded promising results when they conducted a similar procedure on adult mice. By editing the gene in the fetus for the new study, though, the researchers greatly minimized the amount of damage caused by the disease. 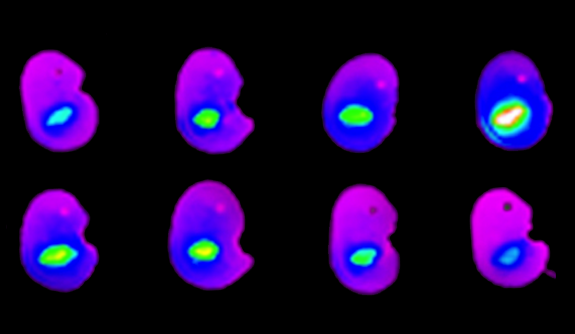 “People who have thalassemia, they get sicker and sicker as they go on because they don’t have normal red blood cell function, and it gets harder to treat,” Saltzman said. “Here, we’re correcting the gene very early in development, so you see more benefits because they don’t get sick.”

One advantage of this technique, said the researchers, is that it can performed in a living animal, while other gene-editing procedures have mostly been limited to cells in a petri dish. Unlike technologies such as CRISPR — often referred to as a “genetic scissors” — the Yale researchers’ technique is a chemical process, so repair of the targeted gene is more exact and results in fewer off-target effects.

Two challenges the researchers faced were the small size of their target and making sure the therapy would work after only one injection, as multiple injections to a fetus greatly increase risk of harm. For this, David H. Stitelman, M.D., an assistant professor of pediatric surgery, brought his expertise in accessing fetal stem cells.

“You have to catch these cells while they are in a state of massive proliferation, so this is literally a once-in-a-lifetime opportunity,” Stitelman said.

The study’s first author, Adele Ricciardi, an M.D./Ph.D. student, said the team is now looking at how their technique can treat other inherited single-gene disorders, such as cystic fibrosis and sickle cell.

“If a baby could be born with a lower burden of disease — or no disease whatsoever — that would have a profound impact on that child’s life as well as the family,” Ricciardi said.